Mediaite, February 5, 2011
“While [The Guardian’s] rendition of experience does not fail to leave out the requisite depiction of Assange as overbearing and paranoid, the overall tone of the story, rather than vengeful, is surprisingly self-effacing.”

TechCrunch, February 12, 2011
“You can imagine, then, how delighted I was to receive a copy of the Guardian’s new crash-published Wikileaks book and discover that it was all the things I wanted from the Times’ book. And more… Indeed, while ‘Wikileaks: Inside Julian Assange’s War On Secrecy’ is many things – a thriller, a story of international diplomacy, a tale of greed and ambition and double-crosses; a comedy, a tragedy – above all it’s a manifesto for the future of professional journalism…If Wikileaks is this generation’s Watergate, then ‘Wikileaks: Inside Julian Assange’s War on Secrecy’ might well prove to be its All The President’s Men; educating a whole new generation of would-be reporters on the power and importance of the professional press.”
MacLean’s, March 1, 2011
“Leigh’s portrait of the WikiLeaks founder is at once affectionate and damning—a dry-eyed examination of the way celebrity can pervert a burgeoning ego.”
Read More Read Less 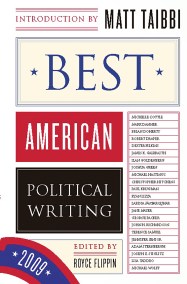