Donald Trump wagered that the United States could secure the bene­fits of the world it created without bearing the burdens of leading it. That bet was unlikely to pay off. The world that America created after World War II was not inevitable. It was the result of conscious policy choices made in the pursuit of a vision of how cooperation and leadership, rather than domination and competition, could benefit the United States. Consumed with the costs of that rules-based order, many of which he exaggerated, Trump couldn’t appreciate its continuing and far greater benefits. Working with friends and allies multiplied American power far more often than constrained it. As a result, Washington, more so than any other country, got to be the rule maker in international politics and, with that role, won the power to shape outcomes to its liking. By choosing to act alone rather than mobilizing others in common cause, Trump was waging war on the world America had made. He was also committing the very mistake he had accused his predecessors of making: taking on burdens others could have shared and squandering American power in the process.

The biggest beneficiary of Trump’s decision to turn his back on Amer­ican global leadership was China. It was the one country capable of fill­ing the leadership vacuum he had created—and it was all too eager to do so. Trump “has given China a huge gift,” a Chinese general crowed. “The U.S. is not losing leadership,” a Chinese academic observed. “You’re giving it up. You’re not even selling it.” When Trump denounced trade deals and imposed tariffs, Beijing positioned itself as a defender of the open trading system it had exploited for years. When Trump abandoned the Paris climate agreement, Beijing strove to become the world leader in climate-friendly technologies. When Trump slashed US foreign aid, Beijing invested heavily in its “One Belt, One Road” initiative across Asia and beyond, looking to put China at the center of the global econ­omy. When Trump undermined multilateral institutions, Beijing moved to set up competing ones. “The world needs China,” the flagship news­paper of the Chinese Communist Party boasted in January 2018. “That creates broad strategic room for our efforts to uphold peace and devel­opment and gain an advantage.” China’s vision for the world will not be friendly to the United States. The longtime rule maker could become a rule taker.

Even if China’s bid for the mantle of global leadership fails, Trump’s policies undermined America’s security, prosperity, and values. By ques­tioning America’s alliance commitments, he emboldened foes and cre­ated uncertainty in the minds of friends about whether the United States would stand with them in a crisis. As he rejected multilateral trade deals, other countries forged ahead in writing their own. As the saying goes, if you’re not at the table, then you’re on the menu. Without Washington’s involvement, the agreements they wrote put American businesses and workers at a disadvantage in the global marketplace. And by attacking democratic institutions at home and praising dictators and human rights abusers abroad, he encouraged antidemocratic trends around the world.

These are the dangers that Trump’s advisers tried to warn him about in the Tank on that summer day in 2017. He wasn’t impressed—or per­suaded. As he said time and again during his first eighteen months in office, he didn’t believe what the naysayers had to tell him. He was the self-described “very stable genius” who had won the presidency on his first try against long odds. The experts hadn’t foreseen his victory or, in his view, much else either. He didn’t need detailed analyses or lengthy briefings. Those were for the weak, the timid, the indecisive. He had his gut. “I’m a very instinctual person,” he explained, “but my instinct turns out to be right.” He knew less but saw more. Yet for all his talk about how he enjoyed hearing different viewpoints, as his presidency progressed, he increasingly surrounded himself with advisers who con­firmed his view of himself rather than challenged it. Their role, as White House trade adviser Peter Navarro explained it in March 2018, was “to provide the underlying analytics that confirm his intuition. And his intuition is always right.” This White House, Navarro explained, was like the New England Patriots football team: “The owner, the coach, and the quarterback are all the president. The rest of us are all interchangeable parts.”

When Trump surveyed the world in June 2018, he didn’t see himself driving America’s friends and allies away or ceding ground to China. He saw himself winning. He had in his imagination accomplished more than any other president in history. He had defeated the Islamic State in Iraq and Syria, even if his generals had done so largely by following the strategy developed under Obama. America’s allies were spending more on defense, even though that too reflected decisions made before he came to office. He had been feted by the Chinese and Saudis, who had reviled the weak Obama. He had pushed a “maximum pressure” strategy that had compelled “Little Rocket Man” Kim Jong-un to meet with him in Singapore and promise to give up his nuclear arsenal. He had tossed aside a job-killing agreement to fight the hoax of climate change. He had imposed tariffs on countries that had cheated the United States and stolen jobs from American workers. Trump saw himself doing what he had promised: making America great again. But his actions were in fact setting America on the road to a less secure and prosperous future—and, ironically for a president who insisted he was defending American sov­ereignty, one in which Americans would have less and not more control over their destiny. 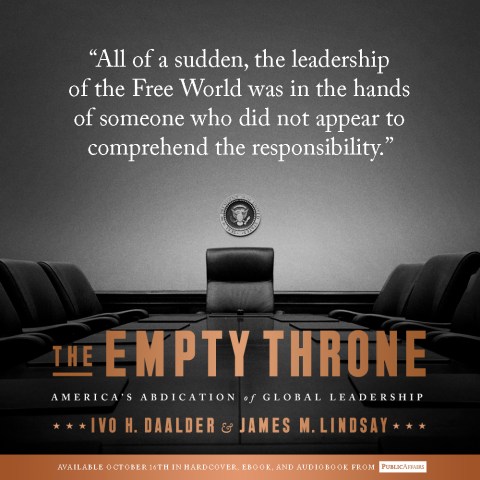 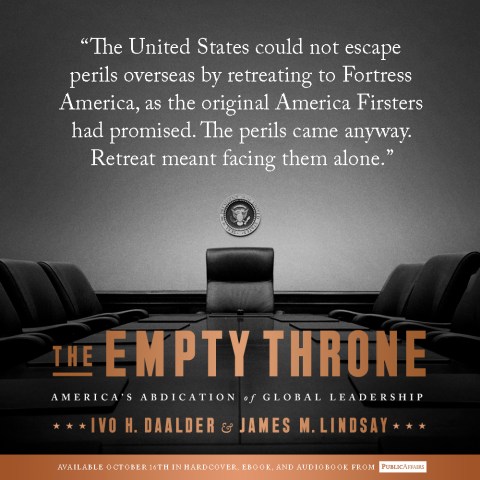 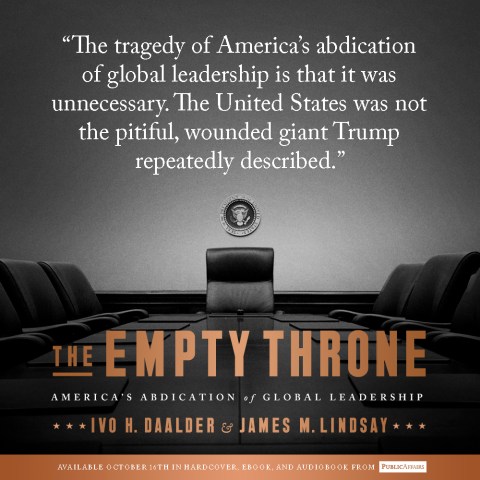 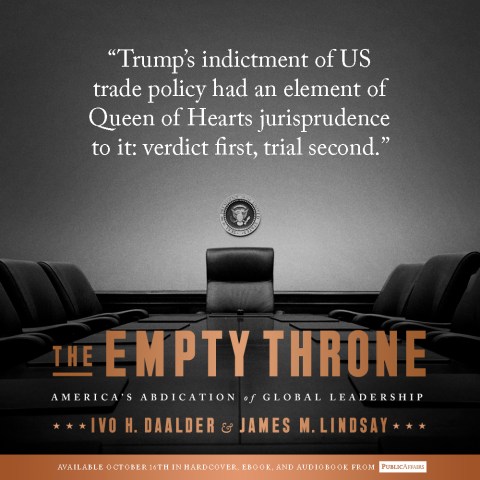 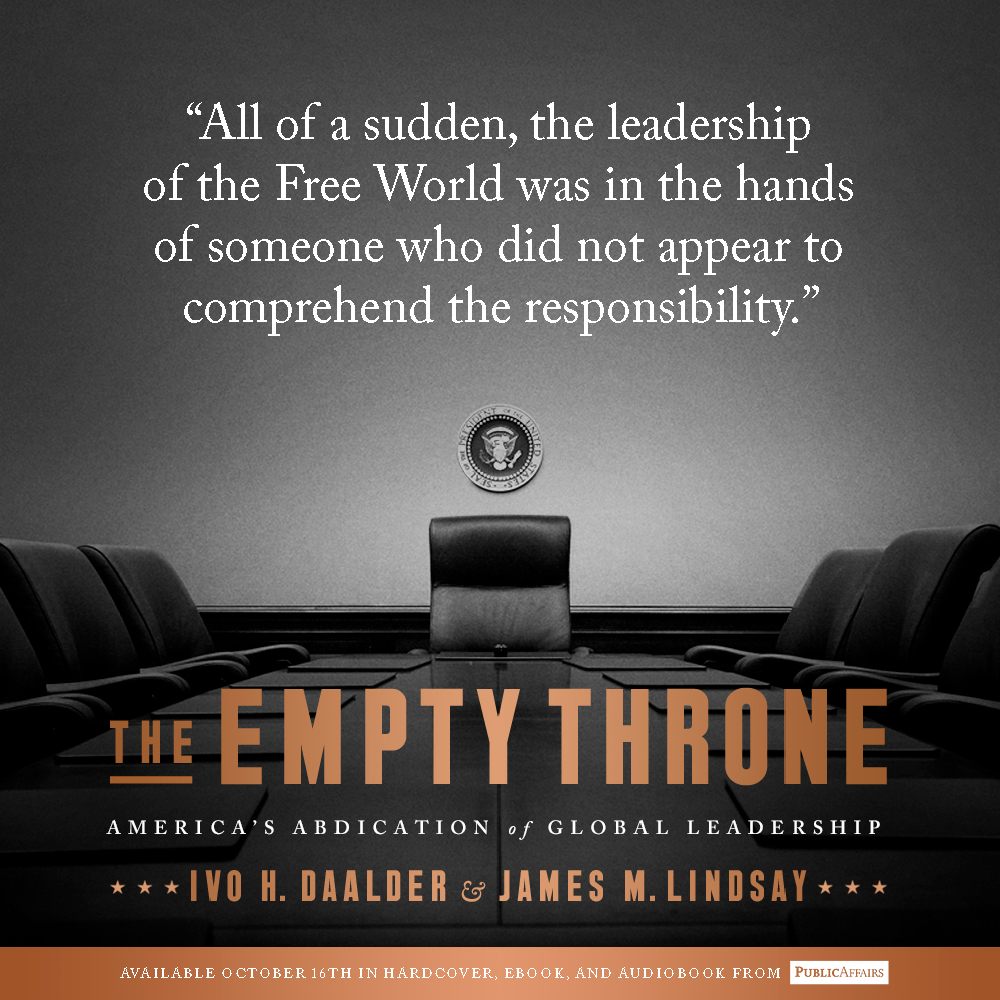 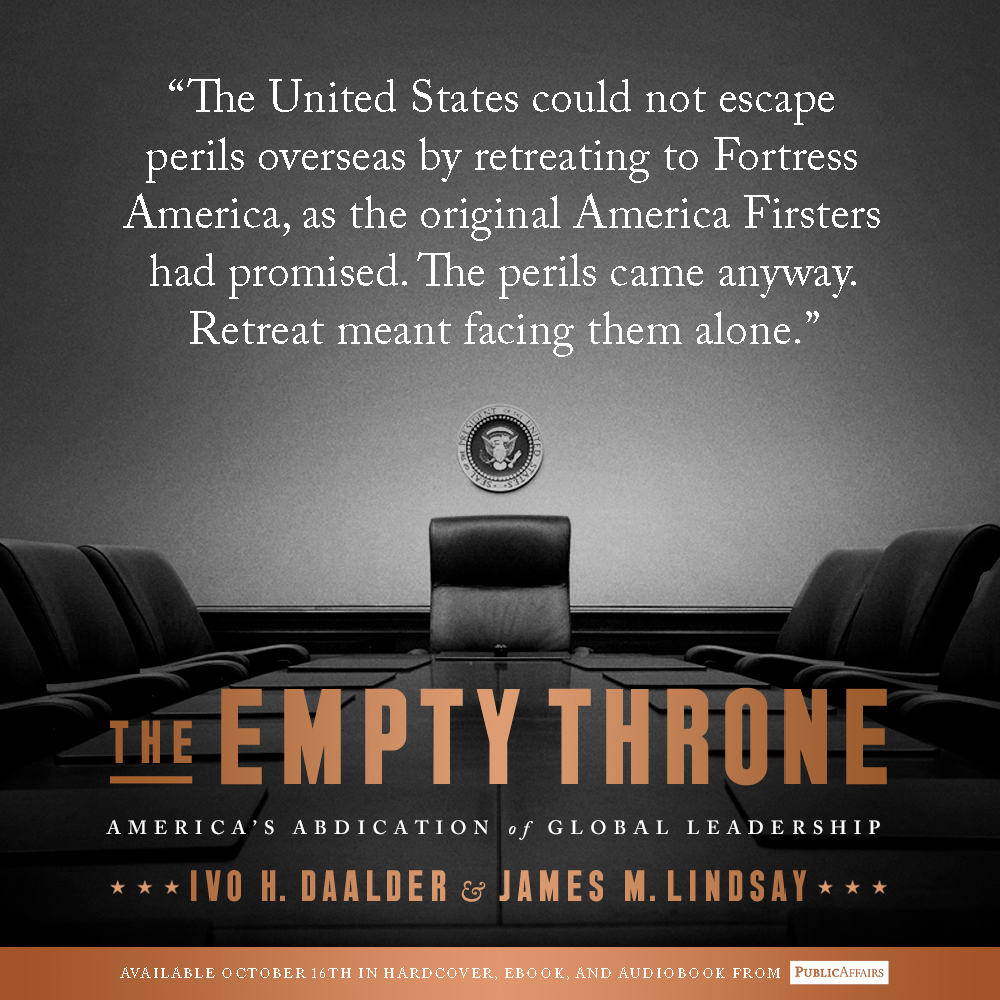 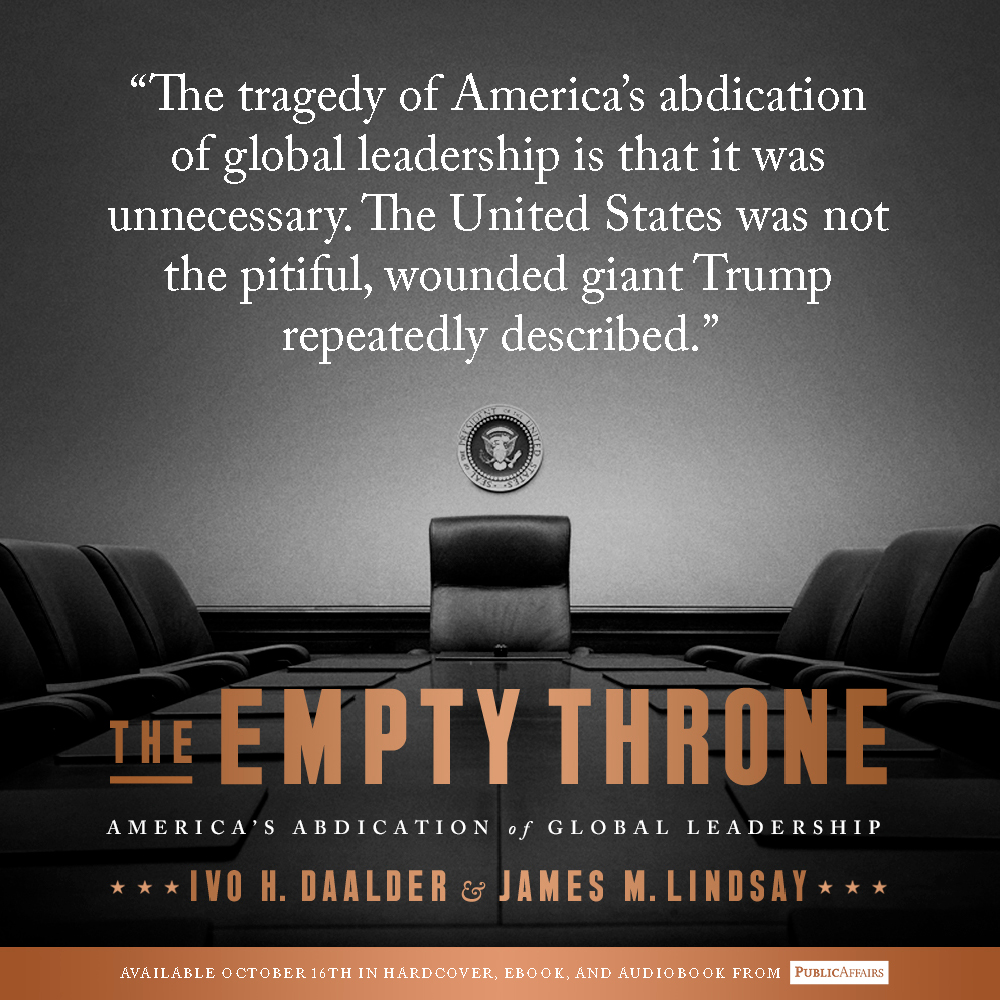 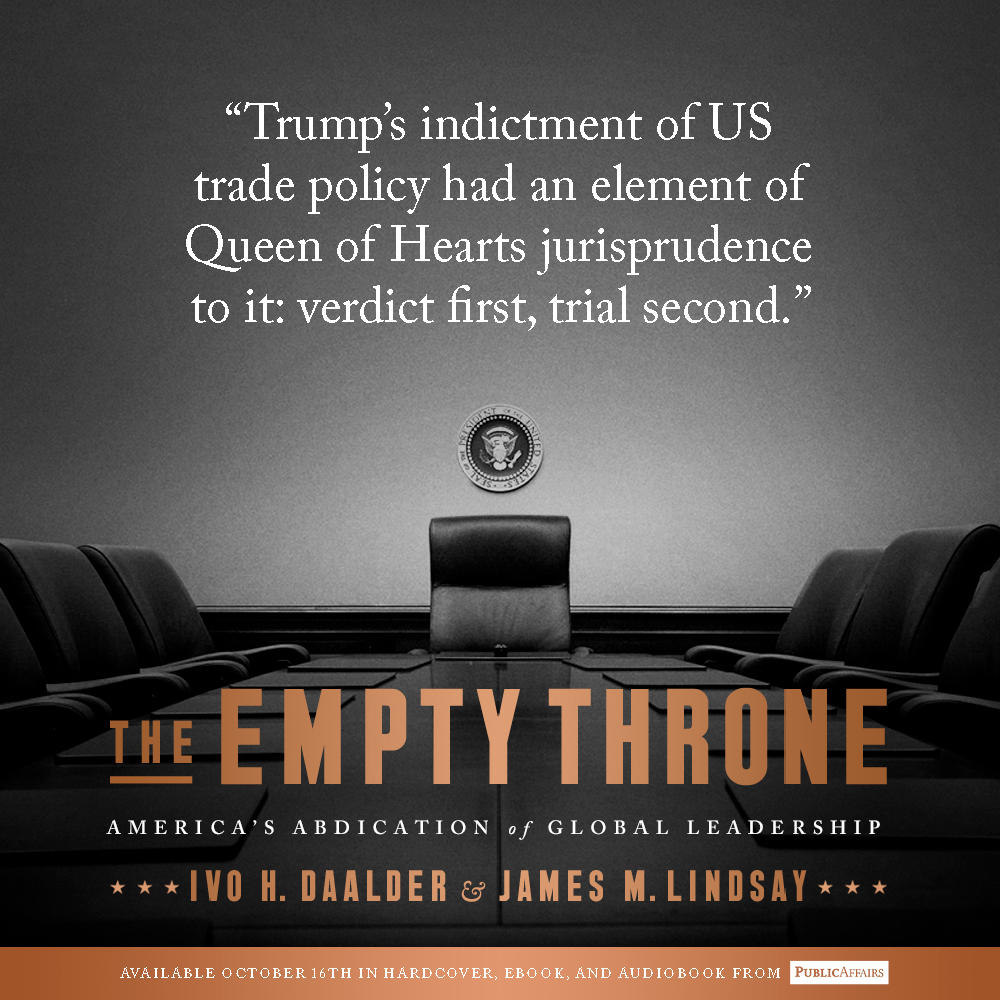 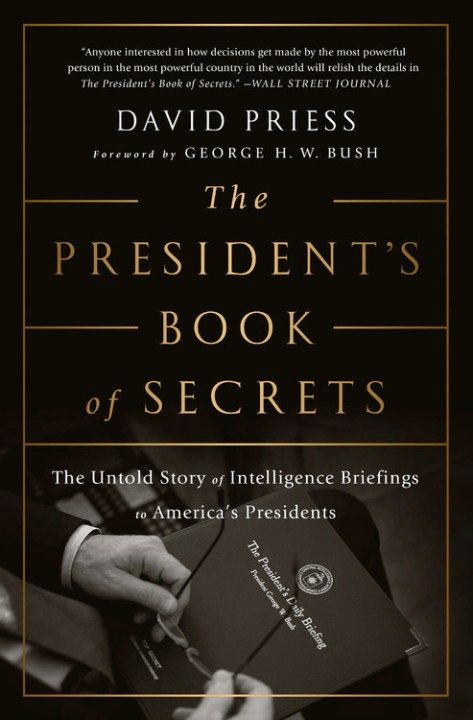 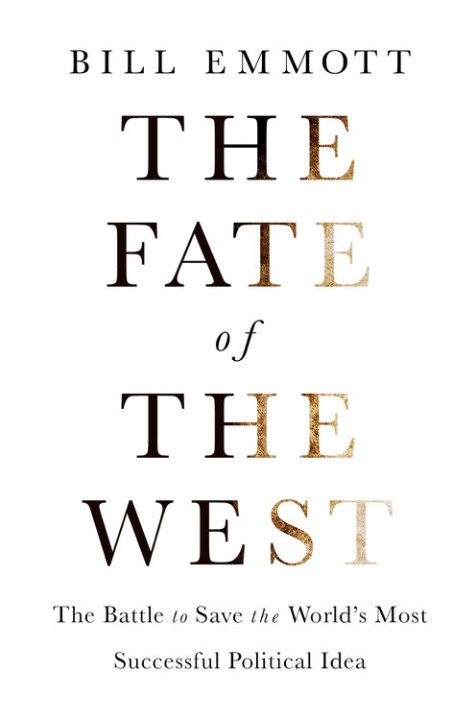 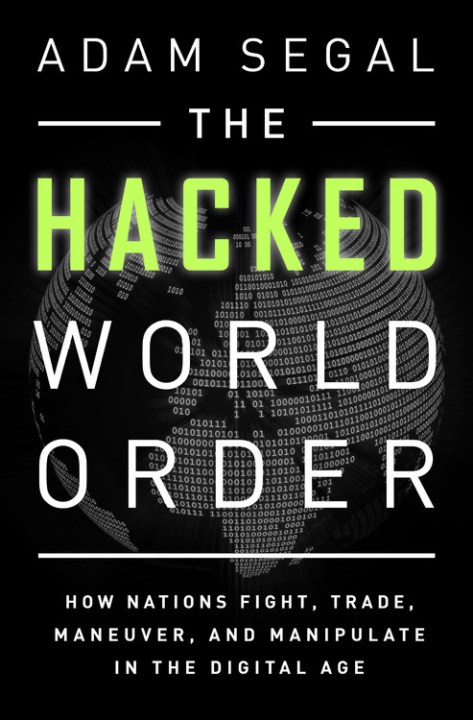 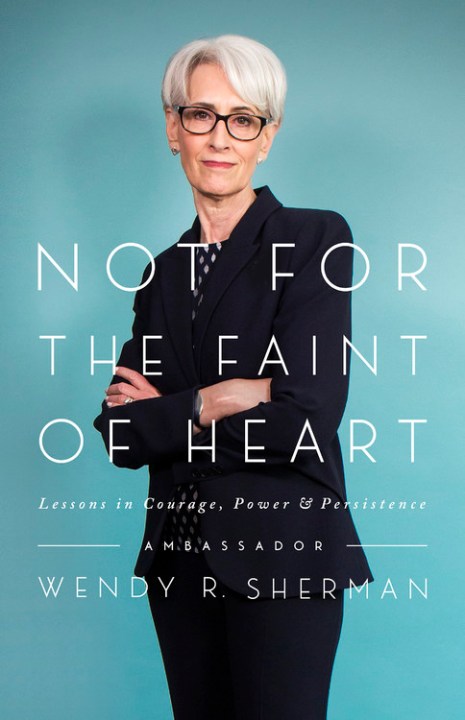 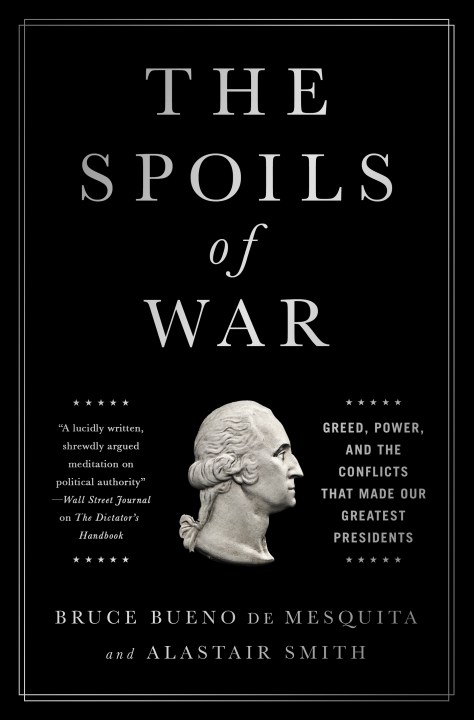 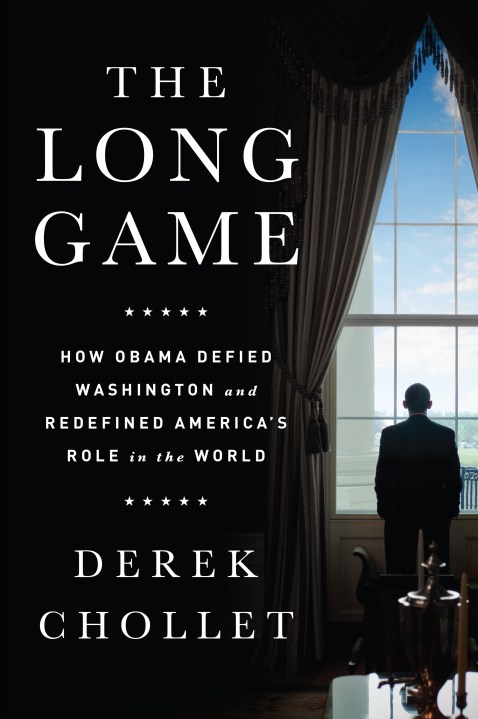