National Interest
“Zarate's book admirably underscores the dire national-security threat posed by the almost-unfathomable level of our national debt… There is much in Zarate's book that enlightens us, and he gets many things right and proposes some innovative ideas.”

Arnaud de Borchgrave, UPI
“One of the world's most challenging assignments -- explained in vivid, dramatic detail by Juan C. Zarate, a former super sleuth in the U.S. government's long campaign to find and disrupt al-Qaida's terrorist funding in the Worldwide Web…Zarate's "Treasury's War" is a gripping electronic whodunit in a constantly changing environment where inequalities are widening and where technology is destroying more jobs than it creates…. This is the first book that lifts the veil of secrecy on the financial power [Zarate's team] marshaled against America's enemies.”

Bryan Burrough, New York Times Business section
“For those of us who start feeling drowsy at the very mention of the words ‘Treasury Department,' this book is an eye-opener. Under Mr. Zarate, and his successors, Treasury quietly built new capabilities that owe less to junk bonds than to James Bond…. ‘Treasury's War' does a fine job of shedding light on a new and significant aspect of international relations that many of us may not be aware of, and that is likely to gain in importance in the years to come.”

ABA Banking Journal
“I consider it a must-read for anyone who wants to know where we are, where we've been, and what challenges lie ahead… Treasury's War is detailed, interesting, and sincere.”—-
General Michael Hayden, former Director of CIA and NSA
“Juan Zarate's groundbreaking Treasury's War illuminates an underappreciated and under commented revolution in international affairs. Beset by nontraditional enemies and threats, the United States in the Bush administration leveraged America's place in the global financial system to create some important ‘asymmetrical power' of its own. As advocate and architect of this new approach, Zarate is well placed to tell the tale of America's most unique precision
guided weapon and he does so with detail, candor, and perspective.”

Sam Nunn, former U.S. Senator
"For those wanting to know how financial power and influence are wielded in the world, this is the book. Juan Zarate not only tells a gripping story, but lays out the policy implications and future for the use of this power. This is a must-read about the evolution of financial warfare over the past decade and how it will continue to play a central role in the nation's security." 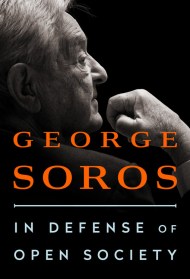