Wall Street Journal, April 18, 2002
“Gets way behind the headlines to bring us a clear and lively story, crammed with anecdotes and background...a superbly reported and skillfully woven story documenting an incredible number of costly and dangerous IMF mistakes.”

The Economist, May 4, 2002
"Gripping, often frightening...should be read by anyone wanting to understand, from the inside, how the international financial system really works."

Financial Times, December 2, 2001
“Paul Blustein has achieved the improbable: he has written a riveting thriller about the International Monetary Fund.”

New York Review of Books
“A fascinating story that is a model of investigative journalism.” 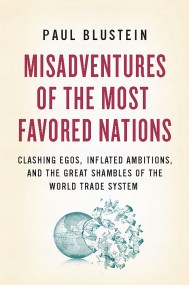